Auriculotemporal Neuralgia (or ATN) is a relatively rare condition that many people wouldn’t have heard of. However, for sufferers it is marked by severe pain running from the temporomandibular joint (TMJ) up near the ear, and down through the face. It can cause excruciating pain, often one-sided, in the face and ear radiating out to the temporal region just above and below the ear on the side of the face. Often, this unwelcome visitor is caused by damage to the TMJ and cause even skin to be sore to touch.

There is a paucity of literature on this particular condition and its response to chiropractic care. Hence, this case report emerging from the Journal of Contemporary Chiropractic is noteworthy.

It’s an important nerve too, though many people have never heard of it! The auriculotemporal nerve innervates the TMJ, the temporal region of the head (just above the ear) as well as the “tympanic membrane, pinna, and external acoustic meatus. It also provides sensory fibers to the scalp and parasympathetic fibers to the parotid gland [1],” according to the authors of the study. This essentially means that not only is it important for facial sensation but on glands and nerve fibers in that general area.

What happened in this case?

A 64-year-old male presented with pain on the right side of the neck, raiding into and around the right ear and parietal region. His ear was sore to touch, and he had been experiencing mounting headache and pain for about one week. He had constant tenderness and pain in this region of his face and head that was rated 7/10 at its worst (on a numerical pain scale) and 1/10 on his best days. He found that it was much worse in the mornings when he was lying on his right side, and it tended to worsen with activity. He was taking ibuprofen for the pain. Curiously, there seemed to be no clear onset, where usually this condition is caused by injury. Instead, it was gradual and slow in its presentation.

Often for auriculotemporal neuralgia it is diagnosed by injecting a blockade to the nerve to see if symptoms resolve completely. Common treatment is similar, including injecting botulinum toxin into the nerve to paralyse it. In this case, the chiropractor evaluated the patient’s cranial nerves were and no abnormalities were found. Likewise, there were no motor defects to upper or lower extremity reflexes or manual muscle strength testing. The chiropractor did find reduced Cervical (neck) range of motion that was accompanied by pain.

While the full details of care are laid out in the original case report (referenced below), the authors noted the following:

Now, it is important to note here that this course of treatment was multimodal, as the patient also showed some other concerning symptoms in the evaluation. He had elevated blood pressure, an elevated specific white blood cell count among other things. X-rays deemed chiropractic to be safe and thus a care plan commenced, but the chiropractor was keen to rule out other pathology. In this case, as in many other cases, chiropractors may refer to general practitioners or other specialists when they find something concerning. We aren’t traditional medicine, nor do we try to be. We are a care modality that works towards treating the vertebral subluxation and the nervous system then does the rest.

But we do work well with other health practitioners when we see that it is in the best interest of the patient. In this case, it was to rule out an alternative diagnosis.

The chiropractor implemented a care plan that included the following:

As soon as two days following intervention he presented with improved pain in the temporal region of the scalp although pain in ear was the same. At the third visit, 5 days later, he reported only mild ear pain that would go away within an hour of waking (0/10 NPRS). He had no scalp pain at this point.

A week later he returned and reported a full resolution of symptoms. He had no ear or scalp pain. His activities of daily life were unaffected by condition, and he reported no abnormal symptomatic or mechanical baselines and had returned to full range of motion with no noticeable palpatory tenderness or trigger points.

This case is important as there is no commonly used or accepted conservative treatment option for this condition. Even diagnostically, there is limited specific diagnostic criteria etc. It is all based on symptoms, evaluation, and treatment. Basically, the success with this one case opens up the potential for the success of conservative, multimodal chiropractic care for more cases like this.

The authors remarked that, “There are few described treatment methods for ATN, but they include nerve blockades such as cortisone, lidocaine and dexamethasone. Oral options such as gabapentin, an anticonvulsant drug, is also widely used for treatment of neuropathic pain. Although these more invasive treatments have worked in the past for this condition, our approach was to provide treatment starting with the most conservative modality. The results of the treatment indicate that multimodal chiropractic conservative care could help treat this rare condition. To our knowledge, no current literature has described the conservative care approach that we discuss here.”

While the same case report limitations as always apply: we cannot generalise this to the wider population as it is very much a standalone case report. As the chiropractor used a multimodal approach, we can’t definitively say which aspect or aspects had the greatest impact. However, we can see that the chiropractor went to great lengths to ensure that the care they gave the patient was appropriate, that other diagnoses were ruled out and the patient was safe. This, coupled with the good results obtained relatively quickly, prove very interesting indeed. Congratulations to the authors, Olson, Seaba and Olson, on a job well done. We look forward to seeing what else emerges.

Relaxed senior woman on hanging chair in the garden during summer

Beautiful baby boy and mother playing and laughing on white bad. Family having fun at home.

Resolution of Facial Palsy under Chiropractic Care: A Case Report 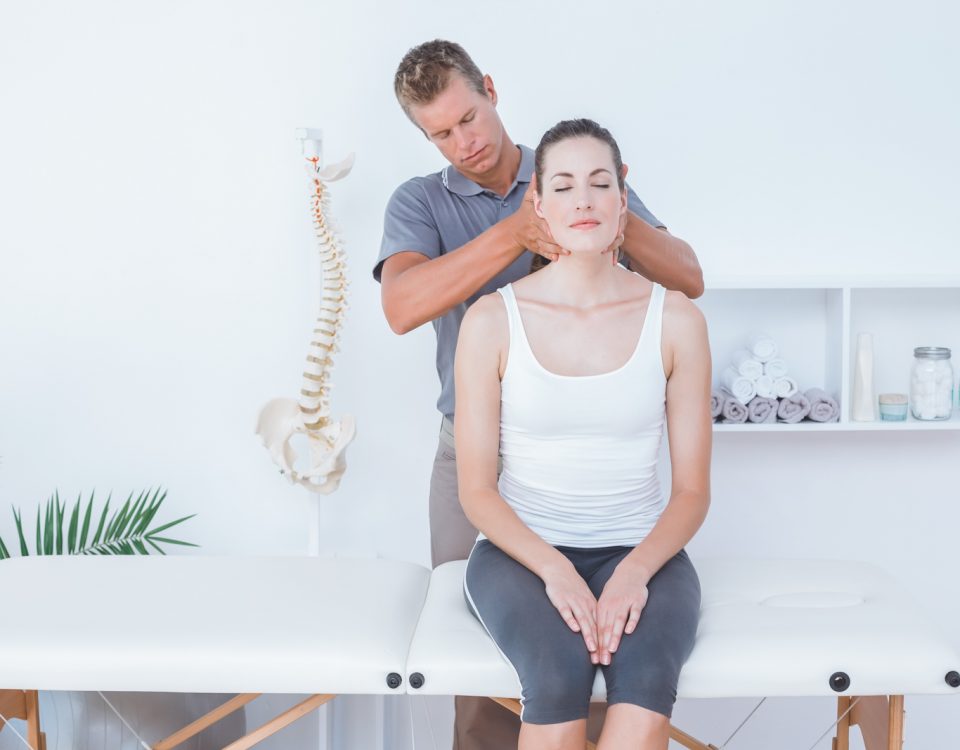